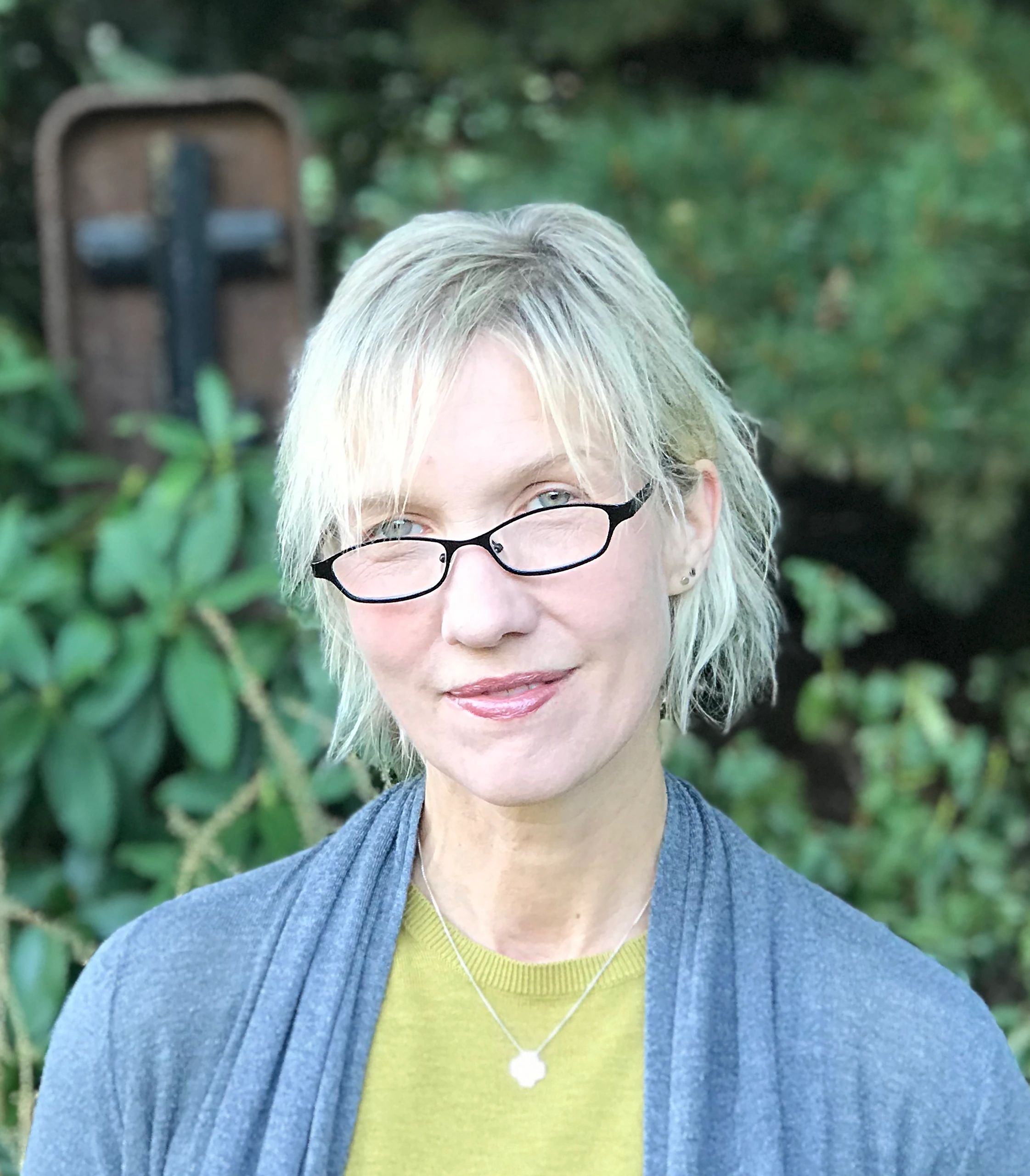 nourish your mind, body, and soul on a prayer spa pilgrimage to greece!

nourish your mind, body, and soul on a prayer spa pilgrimage to greece!

'TASTE AND READ' ... ENTICING MORSELS FOR A DEEPER LIFE OF PRAYER

The Jesus Prayer: The Ancient Desert Prayer that Tunes the Heart to God

in frederica's experience, "It really is possible to sense the presence of God -- continuously."

not that she always senses God this way, but she can see it "gradually building a sure connection with the Lord," when she has continued to just keep showing up for her daily prayer sessions with Him.

saint paul must have thought it was important and possible, when he urged his churches in four different places to practice continuous prayer, echoing the many times people asked Jesus for mercy in the gospels. (p. 5)

the purpose of this earthly life is to be saturated with God through theosis, to take up the role in his kingdom that we alone can fill.

"The idea is that God will fill people with his Son's life, and then they will accomplish his work in the world. It works better that way, actually. The other way round, when people set out to do things for God under their own steam, leads to disappointment, conflict, and wasted effort."

"Theosis is a vast and daunting goal even to imagine, so there's something distinctively, sweetly Christian about using a prayer that is so simple. There have been plenty of other religions that taught convoluted mystical procedures for union with God, but for Christians it is as straightforward as calling on our Lord and asking him for mercy. As you form the habit of saying this prayer in the back of your mind all the time, it soaks into you, like dye into cotton, and colors the way you encounter every person and circumstance you meet." (p. 14)

it is not an empty silence, but makes room for profound attentive listening.

offer it with humility, sincerely meaning the words that you speak, and it will bless you and those around you.

"What makes it so rewarding, however, is that you can begin to sense the responsive presence of the Lord." (p. 33)

first get your house in order:

frederica says, "I found that the single biggest advance in my prayer life came when I expanded from my single midnight prayer time and added brief 'prayer stops' during the day at morning, noon, sunset, and bedtime." (p. 55)

pray sincerely with all your heart, never with rote repetition.

cultivate an aliveness … a profound gratitude to God.

"The most important thing in prayer is to stand before God in reverence and fear, with the mind in the heart…" (p. 88)

train the mind (nous) to enter and dwell in the heart, and tune into his voice there.

don't be discouraged, burt bring your mind back as it wanders, again and again.

authentic transformation has a cost:

"Everyone wants to be transformed but nobody wants to change."

fundamental difference between christianity - it is all about LOVE.

buddhist meditation suppresses the parietal lobe in brain, "underlying the perceived dissolution of physical boundaries and the feeling of being at one with the universe."

while christian prayer activates the parietal lobe in our brains,

"...sensing the presence of God strongly in prayer, I become more alert to the present moment, and feel more really here." p. 127)

"The focus of my prayer begin to move inside. I had been praying out toward Jesus; he was out there somewhere and I was talking to him. After that experience, I increasingly felt that the 'meeting place' where the Lord's presence would appear was on the inside, and not external." (p. 114)

this is a gift of grace.

"And we all, with unveiled face, beholding the glory of the Lord, are being changed into his likeness from one degree of glory to another." (2 Cor. 3:18)

for more information on frederica mathewes-green, visit her website:  http://frederica.com

to purchase this book:

'taste and read' ... taste and see that the Lord is good;

'TASTE AND READ' ... ENTICING MORSELS FOR A DEEPER LIFE OF PRAYER

TUNE YOUR HEART TO GOD

It was a great honor to host Frederica at our fall retreat this year.

As a young person, Frederica was raised as a nominal Catholic, then vehemently rejected Christianity, mocking Christians and exploring a variety of other faiths.

One reason she has noticed people moving away from the church they have grown up in, is that they have been taught a child-sized verson of Christianity as children. When they become adults, they discover the grown-up version of other faiths, which seem more attractive and mature.

But after her hippie wedding to Father Gregory, now an Orthodox priest, they were traveling on a shoestring in Europe, when she encountered Christ in a church in Dublin. He spoke to her through an interior voice that told her, “I am your Life.” This changed everything. With this experience, and trust in her husband’s firm conviction to join the Orthodox church, she followed the path to chrismation, and fell in love with Orthodoxy on the day she was chrismated.

We are all called to be saints, Frederica says, somebody that the Light shines through like a stained glass window. God calls, but it is up to us to be light-bearing saints. There are so many saints that have never been recognized. Worldly success doesn’t matter. What matters is faithfulness to what God is calling us to do.

Frederica reminds us to pray for people when in their presence. “Every conversion is an inside job,” since the Holy Spirit dwells inside us. People have a hunger for the supernatural. We need to tell more stories about miracles, large and small. Write them down, and remember...

God is Light, and in early centuries, before electricity, Christians had great respect for fire. It was dangerous and inspired a holy fear. Hebrews 12:29 says, “For our God is a consuming fire,” and in John 8:12 Christ says, “I am the Light of the world. He who follows Me shall not walk in darkness, but have the Light of life.”

Frederica explained how light is life as it transforms plants through photosynthesis. So in a way, we are all feeding on second-hand light, eating these plants and the animals who eat them.

In another way, we can all be partakers of the divine nature through theosis. Just as the destiny of coal is to burn, our destiny of theosis can be seen as that lump of coal being filled with fire, with light. Rather than merely copying Christ (WWJD?) we can be light-bearers, filled with Christ!

“Pray constantly,” Saint Paul said to four of his communities. So he must know it to be possible, practicing ceaseless prayer himself. We can shoot arrow prayers to God, short cries for help, that bring us to a place of habitual humility. Spiritual discipline is not effortless - it is a struggle.

We often think the head represents reason, and the heart represents human emotion. But as we learn to pray the Jesus Prayer more consistently, our minds can descend into the heart, as the Holy Spirit opens our hearts to begin to feel God’s presence there. In this way, the mind and body can come into sync with each other.

How can we tell if we’ve been praying in the right ways? Not in the moment, but as we gradually become a more loving person. When you say your prayers even if you don’t feel like it, this is a sacrifice of praise.

The Jesus Prayer helps us gain control over our thoughts 24 hours a day. The devil may throw evil thoughts at us, but as we push those to the side, as we deny access to bad thoughts and memories, we become interiorly cleansed, shaping our will to conform to the will of God. T

Asceticism is like athleticism. As the athlete challenges himself to compete, fasting is designed to strenghten us to resist sin. Sin is like air pollution, we contribute to it and we suffer from it. The sin of each of us empowers the Evil One, who gets to see us tormented by innocent suffering.

Fasting is an ancient Christian tradition. The Didache, written in 80 AD, is part of the huge volume of writing that is “orthodox”, but not written by an apostle, so not included in the Bible. The Didache speaks of ways to live a daily Christian life, like saying the Lord’s Prayer three times a day, and fasting on wednesdays and fridays.

When we fast, we strengthen ourselves through self-control. This kind of strength can translate into practical matters, like not becoming angry at someone who may cut us off in traffic, and other daily temptations.

Do we sometimes feel luke warm? Fasting helps us to see how sick and weak we are, and to understand that our Father sent His Son on a rescue mission. God always wants more. He wants all of us. Fasting is a crucial way to offer our whole selves to God.

“Caritas” is the Latin word for charity, or love. “Tithe” is an old english word for giving 10% to the church, as Frederica and her husband have done since they joined. This can be accomplished gradually over time, and is one more way to turn yourself into a sheep, not a goat!

C.S. Lewis says that if you see someone in their final state, the are either radiant, or a monster. Loving our enemies is a spiritual discipline. Imagine a judge’s seat in a courtroom. DO NOT SIT THERE. Instead, act as a friend of the accused. We should see ourselves as equally sinful, recognizing and naming sin generally, without judging.

Vengence is as bad as sex or violence in movies. Forgiveness addresses only the past, it does not mean the same thing as trust. At the same time, establishing victimhood as our core identity poisons us. Frederica told the story of Saint Nicholai, who was tortured in the Dachau concentration camp, yet was known for his beautiful prayer, “Lord, Bless my Enemies.” Remember the words said again and again by Saint John the Evangelist, “Little children, love one another.”

Participants also enjoyed the two lively breakout sessions, where we discussed the questions:

“Have you tried praying the Jesus Prayer? What about it has been beneficial, and what has been challenging?”

“Who is in your ‘bundle’? Which of them seem to be specifically chosen for your growth?”

part 1 in a 3 part mini-series of frederica mathewes-green's' words.

for more information on frederica mathewes-green, visit her website:  http://frederica.com

'taste and read' ... taste and see that the Lord is good;